The Forsyth Building, completed in 1897 for R. W. Forsyth’s new Glasgow department store will be comprehensively remodelled and refurbished to create a sympathetic blend of the building’s classic JJ Burnett Exterior and R. W. Forsyth’s vision to produce a modern contemporary interior and reception for the modern occupier.

Born in the Lothians, Forsyth came to Glasgow as a nineteen-year old and gained experience of clothing retailing with several city firms. In 1872 he set up in business as hosier, glover and shirtmaker in Renfield Street. Success led to expansion, and he gradually acquired all the properties around the corner of Renfield Street and Gordon Street. These buildings were demolished and a new department store was built on the site in 1897.

Forsyth’s department store was designed by J J Burnet and built at a cost of £25,000. Heating and lighting were state of the art, while a wide staircase and new electric lifts permitted the efficient movement of goods and people around the six floors.

The success of the new store allowed Forsyth to expand his business further, including a new store on Edinburgh’s Princes Street. Another new venture was the establishment of a clothing manufacturing factory of the Wallace-Scott Co in Cathcart. Forsyth continued to take a close interest in the business into his old age, and it remained in the family after his death. 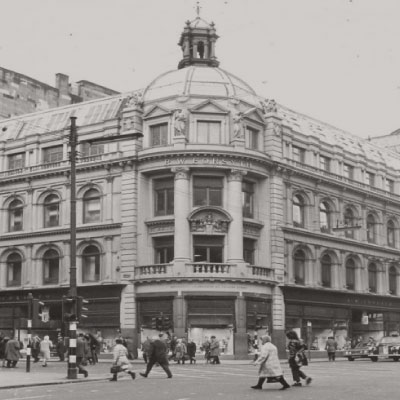 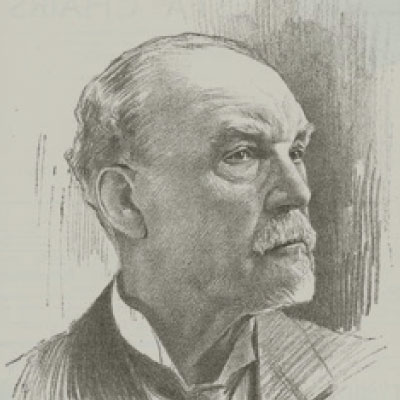 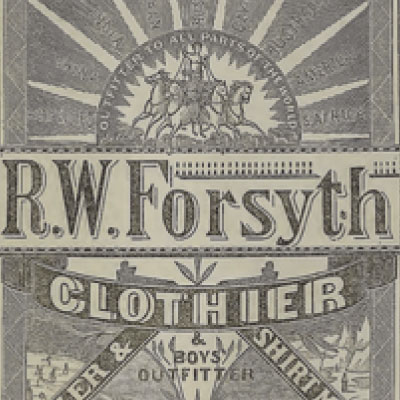 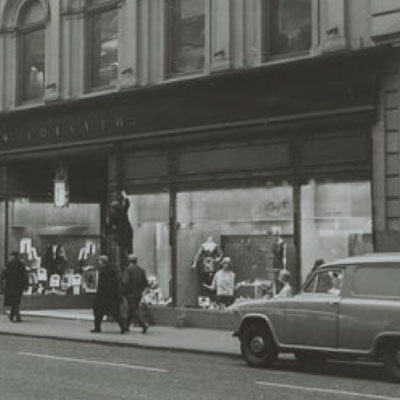 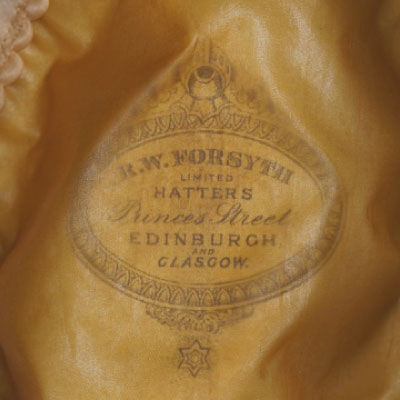